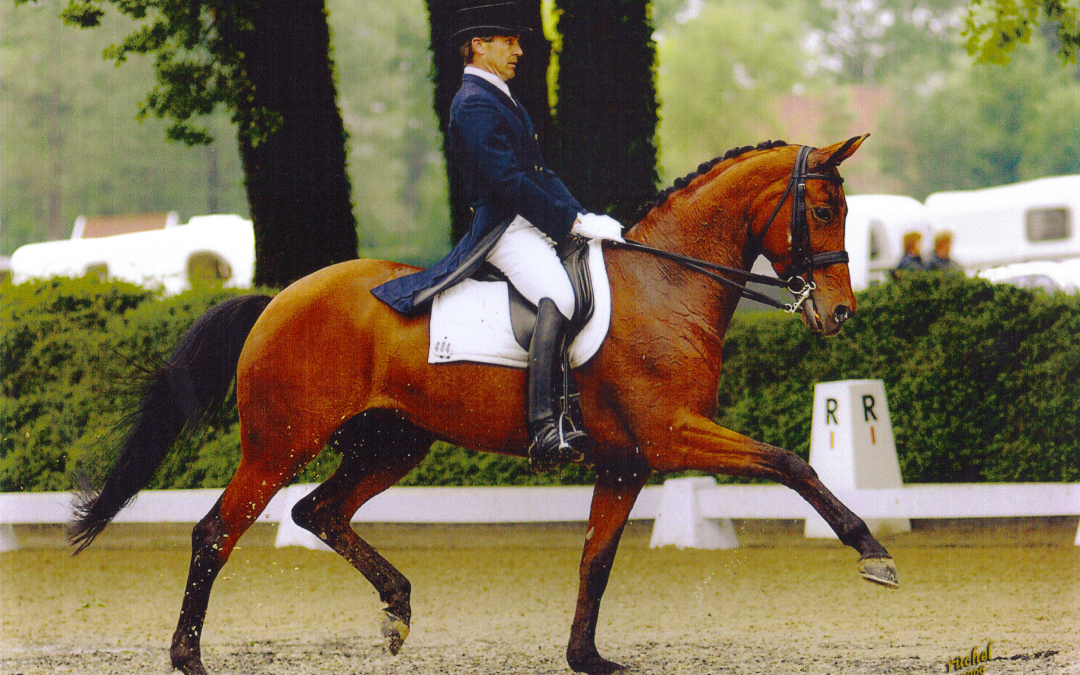 A special participant in the class 8 years and older ‘ster’ mares at the KWPN Central mare inspection of Utrecht: Grand Prix mare Oogappel (by TCN Partout) from Nico and Simone van Maaswaal. The 22-year-old and still in very good condition mare was declared elite on the rope of her former rider Aat van Essen. The group of older dressage mares was a particularly strong one at the Central Inspection at the Zilvia’s Hoeve in Houten. Eight of the eleven mares presented were promoted. Among them are the 22-year-old Oogappel, who, after her Grand Prix career with Aat van Essen, is used for breeding with the Van Maaswaal family in ‘t Goy. She brought President’s First Apple (by Vivaldi), who finished fourth at the World Championships for seven-year-old dressage horses in 2017 and was successful (internationally) in the Small Tour with Patrick van der Meer. Van der Meer now also trains Totilas daughter Gold Apple. She already had the predicates preferent, sport and d-oc, and now the star mare has been upgraded to elite. Source: Paardenkrant- Horses.nl