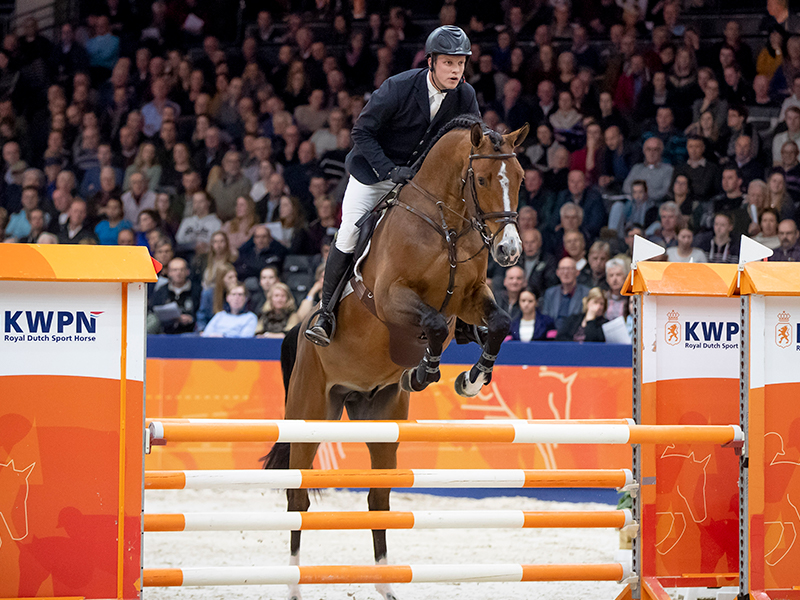 On Thursday, January 31 the final of the KWPN Blom Stallion Competition took place. The finals were ridden during the KWPN Stallion Show in Den Bosch. Eurocool’s I Am London Apple was launched in the M Class. With his rider Remco Been, he finished in a shared third place in the competition.

Remco also did good business with Eurocool’s Just Apple. They finished third in the class L (1.10m) competition. Remco started riding both stallions shortly before the competition start: “I am very satisfied with the results of this competition. I had to see how they responded to, I did not ride them that long and Just Apple had little experience. Both the stallions are super nice to ride. Just Apple is very intelligent and jumps clear almost every time. He had only one fault during the entire competition, and that was my mistake. It is a very eager horse with a lot of power.”

Remco likes to have both horses in his stables: “I have two very fine competition horses with lots of potential. I expect Eurocool’s I Am London Apple to do well in the larger outdoor competitions. They are both fine, down-to-earth horses. I can get on them on my own without problems, they are just good mannered stallions!”